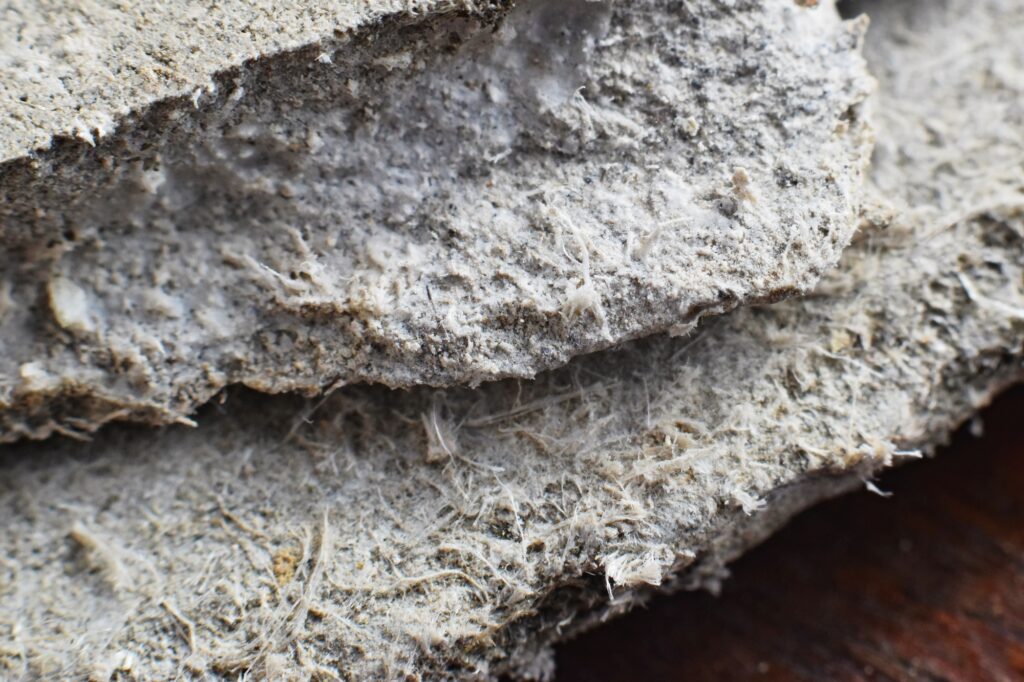 Dangerous asbestos in your tap water could be severely impacting your health! No need to panic, ZeroWater is here with answers regarding asbestos in your drinking water and a solution! Protect your family from asbestos exposure in 2022 with a helping hand from ZeroWater!

Asbestos IS present in our tap water. NOW is the time to act and safe guard you and yours from asbestos!

What is Asbestos and How does it get into Our Drinking Water?

The major sources of asbestos in drinking water are: the decay of asbestos cement water mains and the erosion of natural deposits. 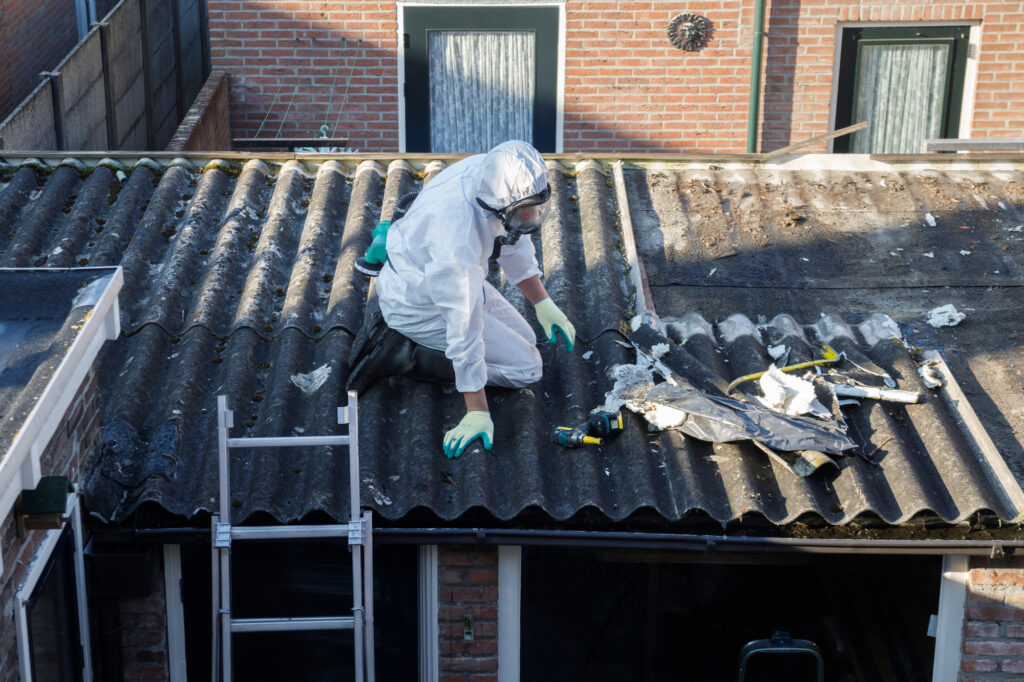 It is an accepted fact that the release of asbestos fibres into the water supply increases as pipes age and deteriorate — and spikes when they burst. And yet there are not only are there no UK guidelines as to when asbestos fibre levels in the water may be considered a health threat, but their levels in drinking water are not routinely tested. In fact, the government has not investigated the issue for decades!

A 1988 report by the environment department concluded there was no need for immediate action to remove asbestos cement pipes, even though it found clear evidence asbestos fibres were entering the water supply though degraded pipes. The World Health Organization has adopted a similar stance.

What are the Concerns Surrounding Asbestos in Our Drinking Water?

Crocidolite (blue asbestos) was banned in 1985 and chrysotile (white asbestos) in 1999 as part of a complete ban on asbestos’ use in the construction industry; but by then it was too late! Britain had released 6m tonnes of asbestos into the environment, meaning that many of us work or live in buildings that still contain traces of asbestos.

And while the WHO is adamant that there is no cause for concern, some scientists are not so sure, pointing to the power of the asbestos industry’s lobbying campaign and questioning research carried out on hamsters and rats. “The WHO study was based on limited research and was incorrect,” says Arthur Frank, professor of public health and professor of medicine at Drexel University in Philadelphia, who has helped asbestos victims in court cases. “There is plenty of evidence that water rushing through asbestos cement water pipes leaches out asbestos fibres and there is no question in my mind that the ingestion of asbestos causes gastrointestinal tract and kidney cancers.”

Moreover, in 2012, the International Agency for Research on Cancer, a specialist arm of the WHO which has its own governance and budget, published a review of all the existing evidence up to 2009, listing a wide range of cancers that could be caused by the ingestion of asbestos fibres through drinking water. The report stated that: “Asbestos can enter potable water supplies…from the deterioration of asbestos-containing cement pipes containing drinking water.”

Although levels are generally low, “in some areas the concentration in water may be extremely high”. It added: “Small children may be particularly vulnerable because per kilogramme of body weight they drink more water than adults.”

What are the Health Effects of Asbestos?

Asbestos is very poisonous and can cause various dangerous diseases. These diseases can manifest themselves decades after the exposure.

Though the use of asbestos is now prohibited and has been for many years, too many people are still affected by asbestos exposure !

In the UK, the Health and Safety Executive puts the number of asbestos-related deaths at around 5,000 deaths per year.

Some asbestos diseases are:

Therefore, it is clear we must do whatever we can to protect ourselves and our loved ones from the awful effects of asbestos exposure from our contaminated drinking water.

How can ZeroWater Help You Protect YOUR Family from Asbestos & other Dangerous Contaminants?

When tested in accordance with the NSF’s protocol based on a 40 gallon filtration (double the rated usage), ZeroWater’s Premium 5 stage water filters reduce 99% of Asbestos from your tap water.

Therefore, to guarantee the safety of your family against asbestos exposure and poisoning, it is in your best interest to invest in a ZeroWater filter.

Moreover, our filters are also NSF Certified to reduce 99.9% of Chromium, and they are third party tested to reduce, 99% of Lead, 93% of Arsenic, 99% of Copper and 92% of Mercury, among many other contaminants.

Moreover, our filters remove plastics larger than 10 microns (0.01mm) so will catch almost all microplastics, so you and your family will not only be safer from the negative health effects of Asbestos but you will also be protected from the detrimental long-term health effects caused by microplastics.

Our Premium 5-Stage Ion Exchange Water Filtration System outperformed and reduces more contaminants than any standard 2-Stage filter on the market such as Brita Filters (which can only remove 58.5% of Asbestos from your water). Therefore, it is a worthy investment to purchase the best, most effective and affordable filters on the market with ZeroWater.

At ZeroWater we want to decrease your anxiety surrounding water contaminants, reduce your chances of asbestos related health problems and boost your hydration and health with filtered, purer tasting water. 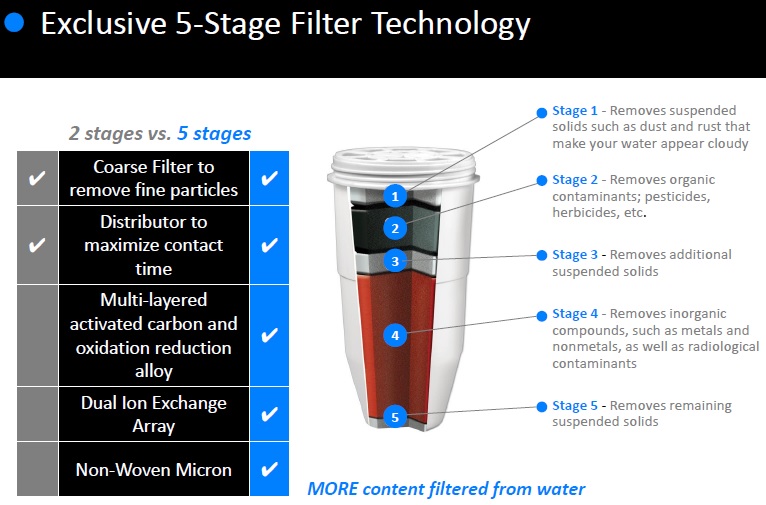 To protect your family from dangerous asbestos in your tap water this year, invest in the best water filter on the market, with ZeroWater.