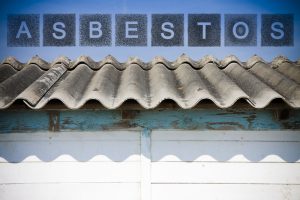 We would like to inform the public in Britain that ZeroWater have now received accreditation’s from the US Environmental Protection Agency. So, this confirms, that all ZeroWater jugs remove 99% of Asbestos from any water supply.

93% of bottled water showed signs of plastic contamination. The average Liter of bottled water contained 10.4 larger particles. Each bigger than a human hair. Some particles are big enough to be handled individually.  Even more smaller particles were found with on average 314 particles (under 6.5 microns) per Liter.

We have discussed this contaminant previously in our articles:

The issue lies in the fact that 1 million plastic bottles are sold every minute. 480 billion of bottles were sold last year. Of these 50% were collected for recycling. 7% were turned into new bottles. It takes a plastic bottle 450 years to biodegrade. A recent study by the Marine Conversation Society found that on average 225.3 plastic bottles were found per every 100 Meter off UK beaches.

This is not the end of the our sad story additionally our society generates massive amounts of plastic waste. 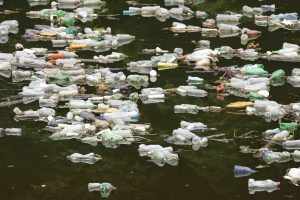 It’s not just water bottles that are the issue. According to Science Magazine, 6.3 billion tonnes of plastic waste was created in 2015. Only 9% was recycled. It’s clear now how plastic ends back into our water supplies.

Not only causing irreparable damage to our oceans but UN Oceans Chief recently told the BBC:

“This was a planetary crisis.”

It’s not just Plastic you should worry about

With on average 7 Asbestos water pipes breaking per week, each releasing Asbestos fibers into the water stream.

The Cranleigh Civic Society has been researching this issue and are seriously concerned about Asbestos in our drinking water supplies.

ZeroWater jugs remove 99% of Asbestos from your water supplies!

Very few people will be unaware of the health risks associated with the inhalation of Asbestos fibers, which can result in long term disability and, often, premature death.

Asbestos products were widely used up to about the year 1970.They were easy to use and inexpensive. No one foresaw that they had a relatively short lifespan. Neither did we foresee that, if broken. Dust is created which is seriously harmful if inhaled. A 2002 report for the DWI found that:

“There is potential for exposure to Asbestos fibers in drinking water by inhalation of aerosol droplets or from fibers that are trapped on clothing during washing and which are subsequently released into the atmosphere”. 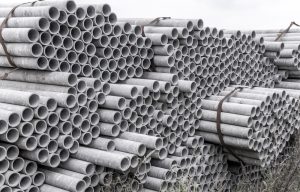 Asbestos cement (AC) pipes were widely used in the 50’s and 60’s to convey mains tap water. These pipes are now coming to the end of their lifespan. Meaning that bursts are increasing in frequency. When they burst, Asbestos cement fibers are inevitably released into the water supply. 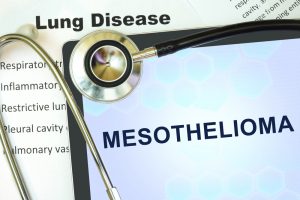 There are several forms of Asbestos related diseases including Mesothelioma and Asbestosis. None of them manifest it selves immediately. Symptoms are often first noticed decades after exposure to the dust which comprises of minuscule Asbestos fibers. This explains why, to the present day, advertisements from solicitors are still appearing offering to discuss and pursue claims.

A study in Quebec (Wigle 1977, Toft et al 1984) found that in areas of very high levels of Asbestos in drinking water. There were increases in overall cancer mortality in men. Slight increases in stomach cancer in men and pancreatic cancer in women.

Installing an effective water filtering system throughout a house can cost in excess of £ 1.000. Well beyond the means of most families. Until very recently, water filter jugs did not filter out Asbestos fibres.

There are now affordable worktop or refrigerator sized solutions available from ZeroWater. 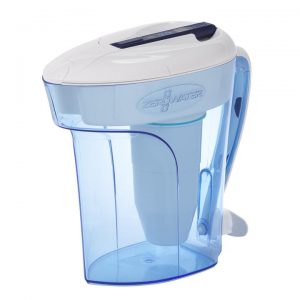 Our 5-Stage Water Filtration Systems have been independently tested by a US Environmental Protection Agency accredited testing laboratory to reduce Asbestos levels to less than 0.01 million fibers (exceeding 10 microns in length) per Liter.

In plain English, over 99% of all Asbestos fibers are filtered out by our ZeroWater jugs and accompanying filters. 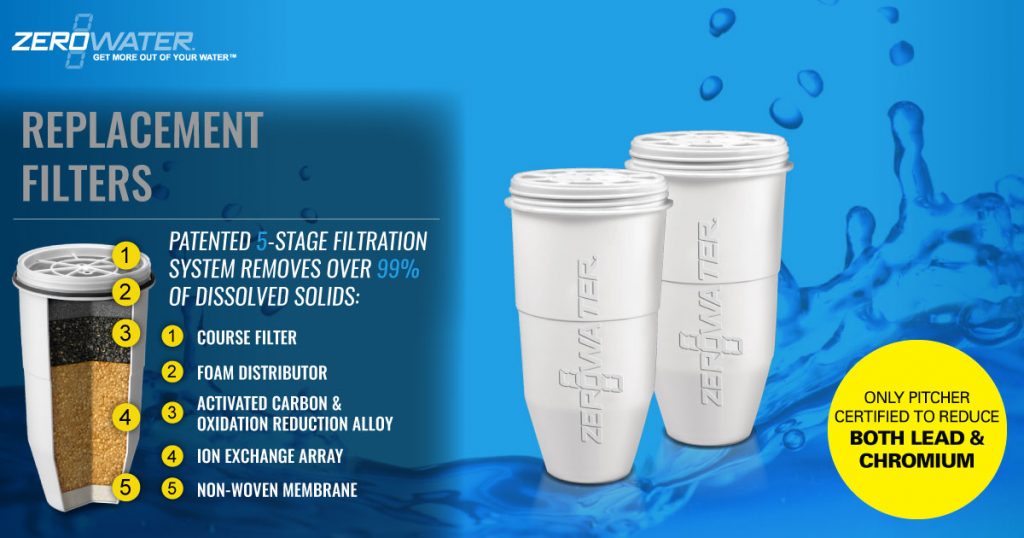 The proof is in the numbers with ZeroWater.

All ZeroWater jugs include a free water quality meter giving consumers the control to test for Total Dissolved Solids (TDS) in their water and confidently filter out impurities (including 99 % of all Asbestos fibers) for the purest tasting, and safest, drinking water.

ZeroWater has compiled an extensive and comparative list of contaminants it can remove from your water supplies here.

If you are worried about Asbestos in your local water supply or just want more information on our ZeroWater products in the UK click here.