Many people are aware of the presence of contaminants such as Lead and Copper in their water supply but not Endrin – it is not talked about much. ZeroWater Water filters remove Endrin, which is a pesticide which is used on crops such as cotton, sugarcane, rice, cereals and grain. It comes in the form of a white, crystalline powder. Although it doesn’t dissolve in water it gets into the environment when it melts usually at 235 degrees, and if further heat is applied it breaks down into individual elements which in themselves are harmful. It usually gets into the water table and surrounding environment during its manufacture, transportation, storage and of course, application to crops.

Endrin is effective in killing small mammals and in the past it was used to keep them out of orchards, but today it is banned in the EU and many other countries.
You needn’t worry too much about Endrin in your water unless you live near a place where it is produced or used. In some countries where it is still widely used it has been found in great quantities in the soil, and people, especially children because they are in frequent contact with soil during play, get exposed and can suffer adverse effects. As for Endrin contaminant in your water, you should worry about it only if your local water authority doesn’t take all particulate impurities out of water – the crystals will make their way to your tap and you may unwittingly consume them.

Health and Side effects of Endrin

Ingestion of Endrin in water through drinking and/or dermal contact can lead to various health problems. People report side effects such as headaches, dizziness, nausea, vomiting, confusion and even convulsions. If you come in contact with it through the skin you will get a rash as well as irritation. When exposed to high levels of this pesticide the side effects can be much worse, and people have been known to die. There is no science which links Endrin to cancer yet, but this doesn’t mean that it can be classified as non-carcinogenic. However, the fact that there are 2 pending UN treaties to ban Endrin you can assume that it is classified as dangerous and should be avoided at all costs. It is also considered harmful to marine animals.

What can you do to protect yourself and make your water supply Endrin free?

Your local water authority may be doing all it can to assure you that your tap water is safe, but it is up to you to take additional steps to make sure that every drop that you drink will not make you sick. 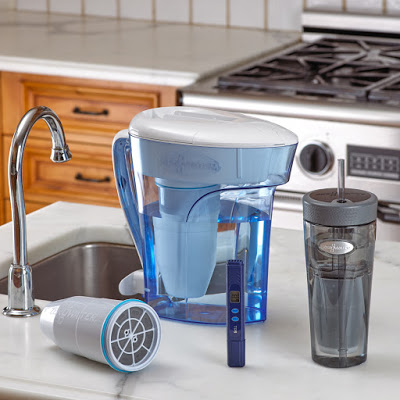 Some people argue that drinking bottled water is a better alternative. This is not quite true. Bottled water companies are not required to follow any regulations when it comes to the quality of water that

they sell. They could claim that their water is pure, but in reality it could contain any number of contaminants. Bottled water is also expensive – you will spend a lot of money every year to keep your family hydrated. A typical ZeroWater water filter jug will only cost a fraction in comparison as you could buy one for as little as £20 and it will last a long time. All you do after that is replace the filters when they are saturated.

We stock a very large variety of water filter jugs for you too choose from and they are all designed to strip many different impurities from your local tap water and this includes Endrin.

ZeroWater compiled a comparative list of what its water filter removes here:  https://zerowater.co.uk/pages/what-does-zerowater-remove

There is even more information on our products on our website here, https://zerowater.co.uk.